Santa Barbara is sewn up in regulatory red tape

As a kid, I can remember seeing the EF Hutton commercials. They had a group of people in a room and someone would say "EF Hutton says that" and then everyone would go quiet and try to listen.  The commercial would end with "When EF Hutton talks, people listen."

When it comes to the world of wine, and especially when you are talking about investing in vineyards, EF Hutton is a good comparison for David Freed. Mr. Freed is a partner in Silverado Partners who own and/or manage a large number of vineyards, as well as own a wine brand.  Over the years, Silverado has been one of the major players in vineyard investment and development in all of the major wine producing regions, incluing Santa Barbara County.  He is a regular speaker at industry meetings and is highly respected by the members of the industry.

Recently, he was interviewed on the inability of California wines to keep up with demand and to hold their market share.  He indicated that this will continue and that California will be unable to hold onto its market share, because there is not enough planting going on to support it.  Here is a quote from the article in Wine Business......

"Freed thinks there won’t be much new planting, though. Napa is basically planted out, Sonoma County is basically planted except in marginal areas, new vineyard development has stalled out on the Central Coast. (It’s essentially on hold in Paso Robles because of concerns about ground water levels; Santa Barbara is sewn up in regulatory red tape, and the economics in Monterey are difficult because of fierce competition for land from vegetable growers)." http://www.winebusiness.com/news/?go=getArticle&dataid=121797

I have been a land use lawyer in Santa Barbara County for the past 8 years, and I could not entrely dispute what he was saying about people staying away due to issues with red tape.  However, I cannot not help being down right angry about it.  Santa Barbara County claims in its right to farm laws and various of its ag rules, that it supports agriculture and wants to promote agriculture in the County.  If this is true, then why is Mr. Freed convinced that red tape is what stops him from buying or planting vineyards in Santa Barbara County.

In the other Central Coast Counties, Freed indicates that either land prices, competition, or water issues have put the brakes upon vineyard development.  However, here in Santa Barbara where we supposedly support agriculture, it is government red tape that stops development.  If this County wants to see more vineyards planted, it had better figure out a way to keep Planning and Development as well as the anti everything agitators out from creating the kind of red tape that stops a man like David Freed from putting his money to work in this County.
Posted by Unknown at 2:18 PM No comments:

Santa Barbara County is still in the middle of a budget crisis.  One of its largest industries are the wineries and vineyards.  On top of the revenue that this industry creates directly, it is also one of the major attractions for tourist visiting the area.  All this being said, one would think that our County would be supporting these businesses, instead of enacting further unnecessary restrictions upon them.

Instead, the County has a proposed new ordinance that does not support the industry.  If this is not stopped, it will leave any new winery being permitted severely handicapped with respect to their ability to compete with the existing wineries or to even run a sustainable business.  Along with the incredible long and expensive processing times for a winery permit in this county, this inability to compete will simply drive prospective investors to start wineries somewhere else.

Let me tell you just a few of the issues with this proposed ordinance:
Clearly the County has done a lot of outreach. They have held meetings and listened to a large number of people.  As someone speaking from the industry side, the issues above are serious and would severely harm our chances of convincing new wineries to come here.  Thus, it is hard to see the balance in the proposed ordinance. 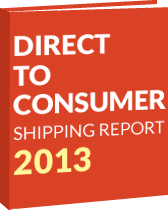